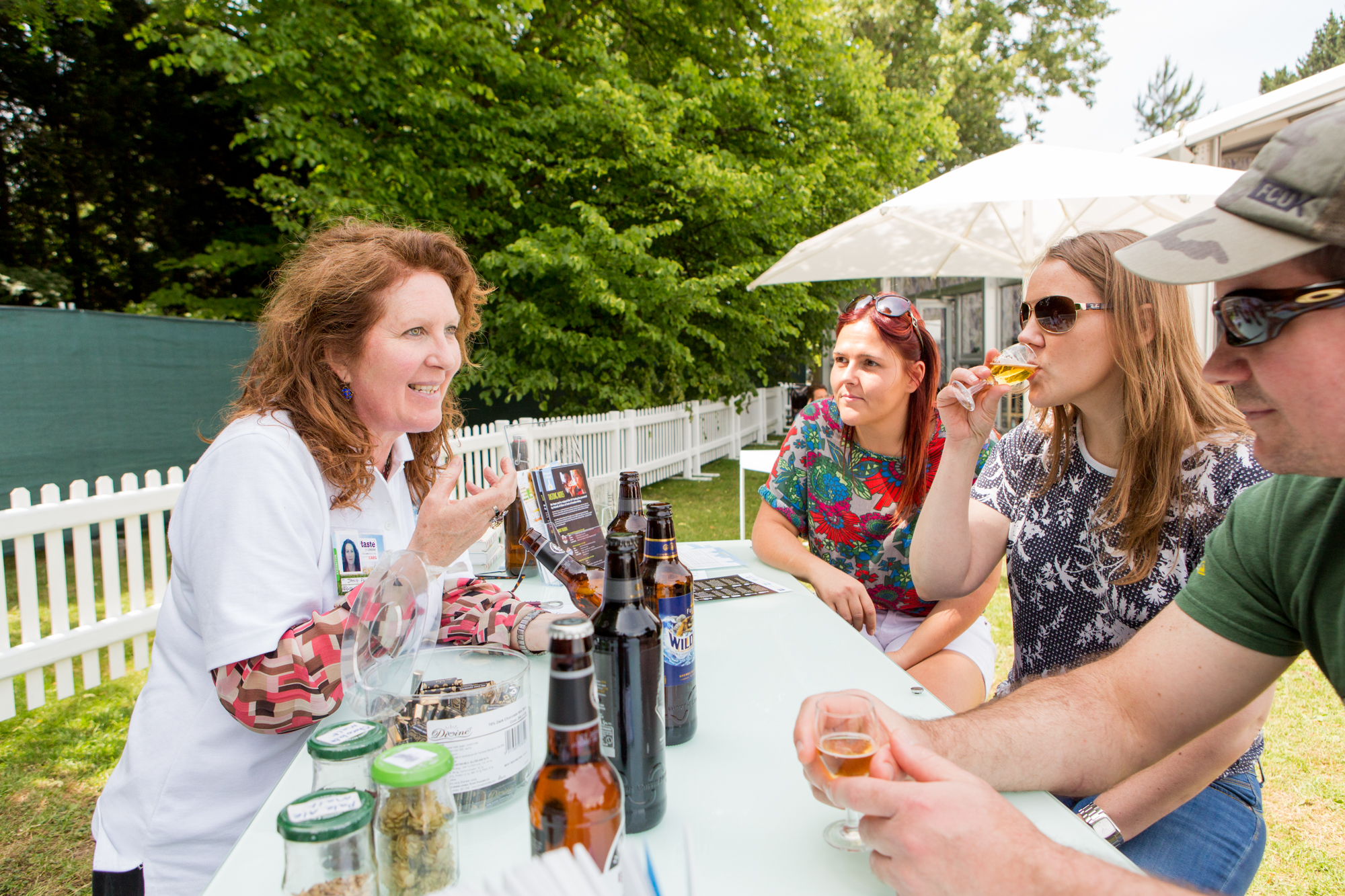 A recent Friends of Glass survey has revealed some interesting insights into female attitudes to beer, the UK’s favourite alcoholic tipple.

The study, conducted by YouGov for Friends of Glass, showed the humble pint glass could be part of the reason why women are put off drinking beer today. 47% of women think that a woman drinking from a pint glass can be seen as unfeminine and the majority (43%) would choose to drink beer from a continental lager glass when given a list of glassware options.

Furthermore, almost one in two women perceiving beer to be more of a man’s drink (49%). Yet the irony is that history reveals beer’s ancestry as female.

Jane Peyton, Friends of Glass ambassador and Britain’s first beer sommelier of the year said: “Women and beer is a fascinating area as there are so many anomalies when you talk to women. They think they don’t like bitter flavours yet many of us love to eat rocket and drink coffee. However, one resounding fact that comes out when you talk to women is that glassware normally used to serve beer in pubs in Britain can be off putting. This survey confirms my suspicions that it’s not about taste for many women but about presentation of this wonderful gift from nature.”

When questioned further, 39% of the 1,000 women who took part in the survey, said that using an ‘elegant’ glass for beer would help change the image of beer as a man’s drink and a quarter said that using an elegant glass would make drinking beer more pleasurable (25%).

“Here’s the irony – many women do not drink beer because they think it is masculine but of all alcoholic drinks, beer has more female elements and connections to the feminine than any other. For instance, look at history and you will see that women were the original brewers, look at the brewing and you will see it is the female part of the hop plant that is used and look at the hops and you will see that they are the second richest source of plant based female hormones. Yeast, which gives us alcohol, is female. In ancient cultures, the deities of beer were female whereas the deities of wine were male. In the creation myths of many pagan societies beer was a gift to humans from females.”

And when it comes to the best material for preserving beer’s flavour, one thing is perfectly clear amongst women. A resounding 84% of the women surveyed said that they thought beer would taste best when it had come from a glass container.

With new hybrid styles of beer emerging from independent craft beer producers and the rise of Golden Ales*, beer offers so many flavours for both sexes. Over one third of women who drink alcohol surveyed said that they had tasted craft beers (39%) and 66% of these women felt that they offered an interesting range of flavours. 59% stated that the taste is flavoursome full bodied (42%), aromatic (23%) and fruity (19%). Nearly one quarter of women who have tried craft beer said that they thought craft beers are more fashionable (24%) and one fifth thought they were modern (20%).

“Beer doesn’t just offer bitter tastes. It can be just as diverse as wine, offering all kinds of aromas and depth of flavour, which is why I am committed to matching beer to food and demonstrating this broad spectrum,” adds Jane.

Rebecca Cocking from Friends of Glass says: “Glass is noted for its properties when it comes to preserving the taste of food and drink, and beer is no exception. The women interviewed clearly identified this but what’s really interesting is their thoughts about beer being a male drink. With the rise of craft beers in Britain and Golden Ales tipped as the new taste of summer, a move towards seeing more continental style glassware in pubs, bars and restaurants may help move away from this outdated stereotype.”